Female genital mutilation (FGM), which is sometimes referred to as female circumcision, refers to procedures that intentionally alter or cause injury to the female genital organs for non-medical reasons.

FGM is illegal, even if it is carried out by a healthcare professional or if it takes place outside of the UK (on a UK national or UK resident).

Why does FGM happen?

FGM happens to women and girls in adolescence, childhood and sometimes as a baby. 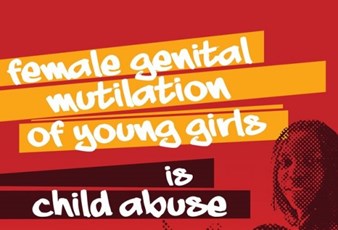 Some of the reasons given for the practise of FGM are;

Why is it dangerous?

Under the Female Genital Mutilation Act 2003 it is an offence in England, Wales and Northern Ireland for anyone (regardless of their nationality and residence status) to

Anybody found guilty of an offence under the Female Genital Mutilation Act 2003 will be liable to a maximum penalty of 14 years imprisonment or a fine or both.

Who is most at risk of FGM?

What should I do if I’m worried that somebody I know is at risk of FGM?

Where can I go to for further help and information?

Merseyside Police will investigate all reports of FGM. They have a specialist team of officers who will listen to you and work with you to keep you safe and investigate any criminal actions.

If you or someone you know is in immediate danger, always call 999.

If you do not wish to speak to the police, the Commissioner works with Liverpool-based charity Savera UK to provide fast, non-judgemental and confidential support to anyone affected by ‘honour’-based abuse and harmful practices, regardless of age, culture, sexuality or gender.

You can also contact any of the following organisations: