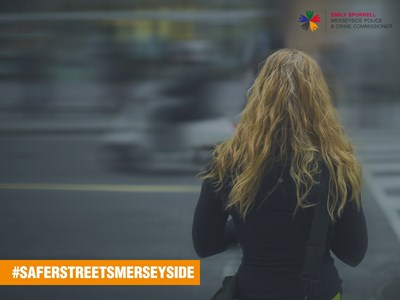 Pressure is growing to make misogyny a hate crime in England and Wales, a move welcomed as another step towards keeping women and girls safe, one of the Police Commissioner’s priorities.

Emily Spurrell praised the action by House of Lord peers discussing the Police, Crime, Sentencing and Courts Bill, who voted to make a misogyny a hate crime by giving the courts the powers to treat it as an aggravating factor in any crime, and increase the sentences accordingly.

Now, the Police Commissioner is urging MPs to do ‘the right thing’ and also vote for misogyny to become a hate crime.

“That has to stop.

"We must tackle misogyny wherever it exists. Until we do this, nothing will change in the fight against violence against women and girls.

“Recording where crimes are motivated by hatred of women will help us better understand the scale of the problem and, as a result, be better able to prevent these crimes and tackle the root causes.

“It will also giving victims greater confidence that if they come forward to report crimes they will be taken seriously.

“I’m delighted that peers in the House of Lords voted to pass the Baroness Newlove amends to the Policing Bill which would make misogyny a hate crime. This is a really positive step and I now strongly urge all Members of Parliament to follow their example and also do the right thing.

“Tackling Violence against Women and Girls is one of my absolute priorities as Police Commissioner. It is a commitment in my Police and Crime Plan and I will continue to lobby wherever I can for new legislation which will help to improve the safety of women in our region.”