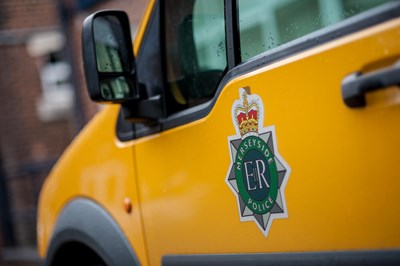 A panel, overseen by an independent Legally Qualified Chair, held that Sergeant Craig Baker was found to have breached the standards of professional behaviour, namely Equality and Diversity, Authority, Respect and Courtesy and Discreditable Conduct, to the level of gross misconduct.

The allegations were brought to the panel following an investigation by the Merseyside Police Professional Standards Department into the conduct of the officer during conversations with a colleague on Wednesday 27 August 2021, in which he referred to his colleague’s ethnicity in an inappropriate way. He failed to respect his colleague or to treat him with courtesy, subsequently bringing the police service into disrepute.

The Legally Qualified Chair gave Sgt Baker a final written warning, which will remain on his record for five years.

Merseyside’s Police Commissioner Emily Spurrell said: “There is no place for racism within Merseyside Police. This investigation is a clear example of Merseyside Police’s commitment to rooting out offensive, discriminatory and racist language, and behaviour.

“It demonstrates the ethos within Merseyside Police to ensuring the right culture is embedded across the organisation, a culture where all members of staff feel supported, valued, and equal. This case also shows the confidence staff have to report incidents, knowing that robust action will be taken to address it.

“Following a swift, thorough investigation by Merseyside Police, this incident has gone through due process and an independent panel, overseen by a Legally Qualified Chair has assessed Sgt Baker’s action as breaching the standards both Merseyside Police and the public expect and deserve from our police officers. As a result, they have assessed he should be given a final written warning.

“I know the Chief Constable is committed and determined to create a truly anti-racist police service here in Merseyside and a significant amount of work is already being undertaken to deliver on the actions set out in the national Race Action Plan. I hope today’s hearing is further evidence of Merseyside Police’s ongoing work to proactively tackle racism and unconscious bias and be a fully inclusive employer.

“I support this work wherever possible, and my next public Scrutiny Meeting in September will also review the Chief Constable’s work to deliver on this plan and ensure the organisation continues to make progress.”