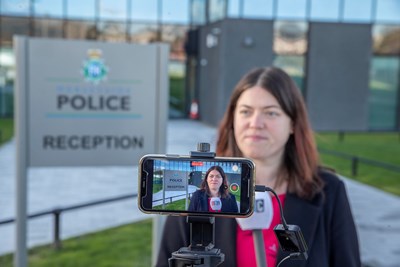 Merseyside’s Police Commissioner has today welcomed the news that the public sector pay freeze will be lifted but warned that new money must be provided to cover any pay rise.

Emily Spurrell said: “I welcome the news that the public sector pay freeze will be lifted.

“The hard-working staff of Merseyside Police deserve a proper pay rise after almost a decade of real-terms pay cuts and they are entitled to an increase which is over inflation.

“However, I am deeply concerned that no new money has been promised to fund any pay rise. Any pay increase must be properly funded, and it must come from central Government.

“As is stands, it seems very likely the Treasury is either expecting it to come out of our existing police budgets or out of the pockets of local people.

“This would ultimately have a negative impact of the hard-working families in our communities.

“I will continue to urge the Government to ensure this money is found centrally to avoid causing further damage to our police or to our communities. By doing so, they can show they genuinely care about public servants and the vital services they provide.

“I will be taking a further look at the detail announced in the budget today and looking for further clarification in the Policing Settlement which will be announced in December.”