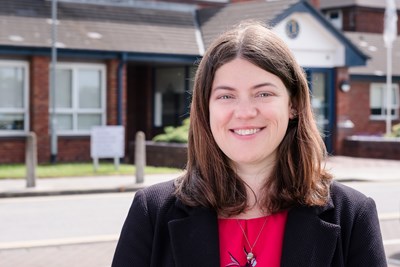 Emily Spurrell and Hertfordshire's PCC David Lloyd are the Association of PCC joint leads for Criminal Justice. They joined together to welcome the announcement:

They said: “We welcome the government announcement which will see an end to vulnerable prisoners being released on a Friday.

“This is a simple and cost-effective step which could make a significant difference to the likeliness of prisoners re-offending.

“Those who suffer with mental ill health or homelessness, in particular, strongly rely on support agencies, many of which have less capacity, only operate during the week or close early on Fridays for the weekend.

“Although prisoners are supported prior to their release, those initial few hours and days are crucial in determining whether they re-offend or take steps to get their lives back on the right path.

“Leaving vulnerable newly released prisoners sleeping rough can only increase the risk of re-offending and if this can be avoided than it certainly should be.

“As PCCs we are committed to ensuring the whole criminal justice system works together and as part of this it is vital the government explores all aspects if we are to effectively tackle and reduce re-offending.”