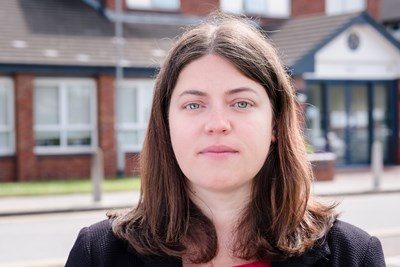 Merseyside’s Police Commissioner, Emily Spurrell, has responded to comments by the Prime Minister that he does not support making misogyny a hate crime.

“It is incredibly frustrating that this Government has rolled back on its commitment to launch a pilot requiring police forces across England and Wales to treat misogyny as a hate crime.

“This was a direct recommendation from the Law Commission and, in March, it was announced that data collection would begin in the autumn.

“PCCs and police forces have been waiting for more information about how this pilot would work and now, at the eleventh hour, they have done a deeply disappointing U-turn.

“The Prime Minister and Justice Secretary’s comments over the last 24 hours reveal a total lack of understanding about the impact of misogyny and the effect it has on more serious crimes of violence against women and girls.

“Recording where crimes are motivated by hatred of women will help us better understand the scale of the problem and so be better able to prevent these crimes and tackle the root causes – while also giving victims greater confidence that if they come forward to report crimes they will be taken seriously.

“This is more important than ever in the wake of the horrific murders of Sarah Everard and Sabina Ness – and the 81 women who were killed in the intervening weeks, but whose names are not widely known.

“It is incredulous that an excuse for not introducing new legislation is that there will be too many crimes. This highlights the extent of the problem, a problem which urgently needs action.

“I will continue to work with Merseyside Police’s Chief Constable Serena Kennedy to understand the scale and the impact of misogyny across our region so we  will be ready to record crimes motivated by a hatred of women as a hate crime in accordance with the guidance when it is issued by the Law Commission.

“We must tackle misogynist attitudes and behaviours wherever they exist. Until we do this, nothing will change in the fight against violence against women and girls.

“The Prime Minister and his cabinet should be leading the fight against misogyny. Instead, they are demonstrating they are still part of the problem and they urgently need a rethink.”