PCC seeks your views on funding for frontline policing 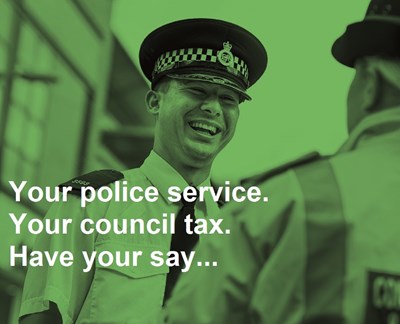 Merseyside’s Police Commissioner has today launched her annual consultation on police funding, asking local people if they would be willing to pay a little more to protect frontline policing.

The consultation follows the Government’s announcement last week which confirmed Merseyside would receive an extra £23m in direct grant to cover the costs of recruiting 200 new officers this next year, including providing items such as uniforms, vehicles, and additional office space and infrastructure as promised by the Prime Minister.

However, the Government have not provided any additional money to cover the increase in the force’s day-to-day running costs, in particular last year’s pay rise.  Instead ministers expect Police and Crime Commissioner to raise the local council tax to cover such costs to ensure the budget can be balanced for the next financial year.

The increase in council tax would see the majority of householders on Merseyside - those living in a Band A household - pay an extra 13p per week or £6.67 a year. This would generate an extra £4.8m for Merseyside Police for the year ahead.

Merseyside’s Police Commissioner Jane Kennedy said: “It is my duty to ensure Merseyside Police has the resources to protect you and serve our communities. In recent years this has been difficult and the Government have cut their financial support to police forces.

“During austerity Merseyside Police had its funding reduced by the Government every year, leading to the loss of more than 1,100 officers and many departments being cut to the bone. This has led to a greater reliance on the money local council taxpayers contribute.

“The funding settlement announced last week shows that the Government has listened to Police and Crime Commissioners, police leaders, trade unions and staff associations and finally recognised the damage they have done with 10 years of cuts to policing.

“However, funding pressures still exist and even with the officers promised by the Prime Minister, Merseyside Police will still be short of the number we had in 2010.

“If I don’t take the opportunity to increase the police precept, as expected by central government, Merseyside Police will be left struggling to cover the inflationary pressures it faces, such as meeting the increased pay for officers approved last year.

“I have launched this snap survey to get the feedback of local residents. This is a chance for local people to voice their views and say if they would be willing to support an increase of 13p a week to protect frontline policing. This increase would give the Chief Constable an extra £4.8m to police Merseyside. It does not compare to what we have lost, but it is essential if the Chief Constable is to keep up with the increasing demands he faces.

“I am keenly aware of the impact on local people of an increase to their council tax and I will be taking the public’s opinion into account when I make my final decision.”

Since 2010 Merseyside Police has had to make cuts of £110m. In that time, the size of the organisation has reduced by a quarter, with 1,120 fewer police officers now patrolling the region’s streets.

A series of community consultation roadshows are also being held across the region to ask people for their views.  Anyone who wants to receive a paper copy of the survey can telephone 0151 777 5155 and one will be posted out.