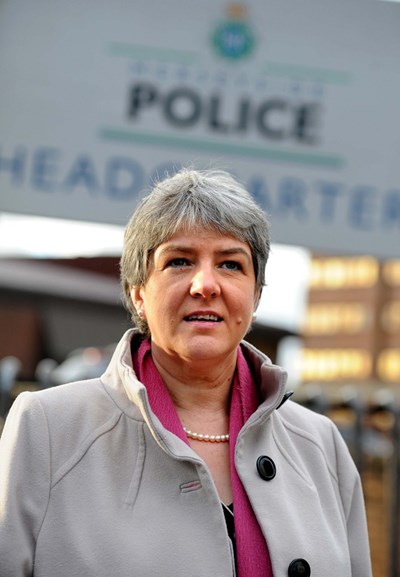 Merseyside PCC Jane Kennedy has reacted with surprise and disappointment to the press release issued by Chief Inspector Sir Thomas Winsor in which he attacks ‘senior leaders’ (of policing), accusing them of risking public safety by a ‘lack of adequate planning’.

Jane, whose area is policed by Merseyside Police, said: “Sir Thomas Winsor would have his mind improved if he read the words of Theodore Roosevelt ‘It is not the critic who counts; not the man who points out how the strong man stumbles, or the doer of deeds could have done them better.”

“Sadly Sir Thomas has proved himself yet again to be one of ‘those cold and timid souls who know neither victory nor defeat.’

“Sir Thomas Winsor has often chosen to be negative about the British police service. In this year’s State of Policing Report he has stepped beyond what is reasonable, beyond the pale of acceptability and his comments can be dismissed by the police service as mean minded and demonstrating his total failure to understand the resourcing pressures the police are under, at every level and at all ranks.

“It is correct to say that the crisis in child and adolescent mental health services has a critical impact on the ability of the police to prevent crime and disorder. This is not a problem that police leaders can solve. Similarly the reduction in police numbers to the lowest level in decades is the main cause of police strain. Sir Thomas Winsor’s suggestion that the scale of change has been too slow and too modest has been received with a gasp of disbelief within the police service.”

“Of course, police forces do plan and they do try to predict the public demand for a police service. This is a necessary part of a budget process during which the police measure their ability to deliver local policing priorities. Very significant resources are committed to ensuring that public safety is defended.

“The planning and analysis staff of a Force like Merseyside have a good track record and would be in an even better position if Sir Thomas Winsor had not insisted that thousands of hours of their time during this last six months be switched from demand analysis to the preparation of responses to Sir Thomas Winsor, including his ridiculous Force Management Statement, with no discernible benefit to the public of Merseyside or the police who protect and serve them.

“This is a terrible burden to place on a Force that carries very high risks and increased numbers of crime, especially violent crime. This burden of red tape has detracted from the Force’s ability to protect the public; all to satisfy Sir Thomas Winsor, Chief Government Bean Counter and his ultimate folly, the requirement to produce a Force Management Statement.”

Quote “It is not the critic who counts;” Theodore Roosevelt