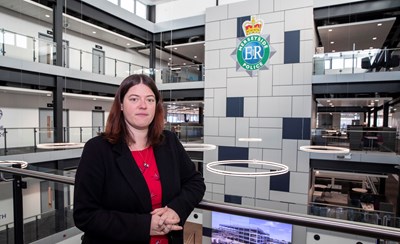 Today’s launch of the national Race Action Plan: Improving Policing for Black People is very welcome and an important step in the efforts to improve the police’s relationship with Black people and communities.

Released by the College of Policing and National Police Chiefs Council (NPCC), this document is an honest reflection of the challenges policing faces. It recognises that some communities still view policing as institutionally racist and “have grounds for this view”. Importantly it also highlights the action still needed to rectify the mistakes of the past.

It recognises, as I do, that as a starting point we need to acknowledge that societal racism exists and policing, like all our institutions, still faces a battle with inequality, discrimination, and bias.

This is clearly evidenced by the outcomes for people from Black and minority communities in education, in health, in job prospects, and in policing and in criminal justice.

When my comments from a panel discussion with Policing TV aired two weeks ago, there was understandably a strong, and very divided, response.

It was clear this is an emotional and difficult subject for everyone.

But it also brought into sharp focus what a critical conversation it is and how vital it is that we bring it to the fore.

This is an issue that reaches far beyond any one police force and affects all our criminal justice agencies, and indeed all our public institutions.

Merseyside Police have already taken positive steps forward in this work, including reducing disparity in stop search, taking action to root out officers who demonstrate racist behaviour and improving representation within its ranks.

I am very proud of Merseyside Police and the work they do.

I’ve seen first-hand the excellent work that officers and staff in Merseyside do to keep the public safe under incredibly difficult circumstances. Putting themselves in harm’s way daily and sadly, all too often, being abused, threatened, and even injured as a result.

My comments were not intended, in any way, to undermine that work.  Instead, they were intended to talk about the issues more widely within policing.

I want all of our communities to have trust and confidence in the police.

This can only be achieved when we are honest about where we still have work to do.

As the Race Action Plan sets out, much has already been done to tackle these issues, but simply put, we are still not there yet. Our focus must be on ensuring all police forces are actively and wholly anti-racist.

I know a huge amount of work has already been undertaken here to ensure Merseyside Police is in the best position to drive this work forward. I am hopeful this Plan will further empower policing to take real action to ensure policing is diverse and proactively tackles racism and unconscious bias.

We know there are areas that need a closer focus and the key pillars and accompanying actions outlined in this plan  will be crucial in driving these improvements.

My role as PCC is to support and challenge the Chief Constable to make sure we do not take our foot off the gas to build a truly anti racist police force and reduce disproportionality across our whole criminal justice system. That means continuing to challenge and root out racism, unconscious bias, or prejudice wherever it exists.

Acknowledging structural racism is not a sign of weakness.

We have seen that in the way Liverpool has recognised the legacy of slavery in this city and its on-going impact on Black Communities today. I am proud to live in a city that admits where communities have been let down but, importantly, commits to putting it right.

As a city we have been able to move forward - investing in the world class International Slavery Museum to ensure we always remember and reflect, learning from the lessons of the past and recognising where the legacy of slavery has still left its mark.

I have had numerous conversations over the last two weeks about the term ‘institutional racism’ and whether this language is still relevant. Should it be ‘structural racism’? Or maybe it would be better referred to as prejudice or unconscious bias?

I do not have any lived experience of racism, but I am elected to be the public’s voice in policing, and I listen to those that do. It is my job to reflect the views of all our communities. Communities who tell me they still experience racism in their lives on a regular basis.

What they want is action, not words.  In all walks of life.

I hope the Race Action Plan will be the driver for that tangible action across policing; driving inclusivity, increasing representation, reducing racial disparity in misconduct and complaints processes, ensuring Black people are properly supported as victims of crime and improving the engagement of Black communities in policing activity and governance.

There’s no time to waste. I will join the Chief Constable today to meet with key community stakeholders to discuss how the actions in this plan can be best delivered and I will be recruiting a representative from Merseyside’s Black community to sit on my public Scrutiny Meeting to join me in holding the Chief Constable to account on the force’s progress on this plan.

I know the Chief Constable is committed and determined to create a truly anti-racist police force here in Merseyside and I will support her wherever I can to make this a reality.

As Chair of the Merseyside Criminal Justice Board, I will also ensure we continue to focus on and take action against disproportionality in the criminal justice system. It is our shared responsibility to drive change.

The release of this Plan is just the start. The conversation will be on-going, and I want to listen to all members of the community to make sure we get it right. In the first instance, I would encourage people to share their views through the national survey here: https://www.smartsurvey.co.uk/s/PlanFeedback/

It is only by working together - police, partners, and community - that we will truly eradicate racism for good.