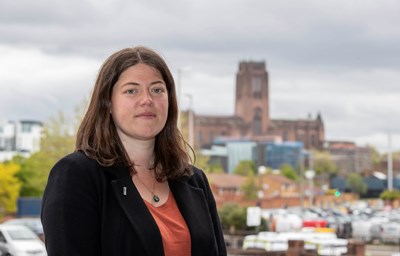 The report released by Her Majesty’s Inspectorate of Constabulary and Fire and Rescue Services (HMICFRS) highlighted there is a national epidemic of offending against women and girls – for example, an estimated 1.6 million women in England and Wales experienced domestic abuse in the 12 months to March 2020 – and a whole-system approach is needed to tackle it.

The inspectorate also made a number of over-arching recommendations for how this could be achieved.

The findings are from an interim report which has been released now to inform the Government’s violence against women and girls strategy, with its final report to be published in September.

Merseyside’s Police Commissioner Emily Spurrell said: “Radical action to protect women and girls from violence is long overdue from this Government. The shocking figures released by HMICFRS today starkly highlight what many have been arguing for years – that there is an epidemic of offending against women and girls in our society which urgently needs addressing.

“As inspectors have rightly stressed in the strongest possible terms, we need fundamental system-wide change right from the top to drive a bold shift in thinking, backed up by sustained, appropriate funding at a national level and a new statutory framework if anything is to change.

“Adding Violence against Women and Girls (VAWG) to the Strategic Policing Requirement (SPR) would be a welcome first step in recognising the threat these crimes pose to our society. It would show the Government have finally opened their eyes to the fact this is a national priority, forcing ministers to ensure sufficient resources and capacity are allocated to enable all organisations to respond appropriately. With the number of offences continuing to rise, this is desperately needed.

“The issue of VAWG is deep-rooted and embedded. It cannot be tackled by the police alone. An evidence-based strategy for addressing the behaviour of perpetrators and preventing these crimes is essential if we are to stop them from taking place in the first place. For that to happen, a whole-system review of all agencies - health, education, social care, community safety and criminal justice agencies, as well as the police – needs to be implemented, and quickly.

“I will look closely at the final findings when they are released in September to inform the work we are doing to tackle this issue here in Merseyside.

“The Home Secretary commissioned this report and the interim results have been released now to inform the Government’s upcoming VAWG and domestic abuse strategies.

“HMICFRS’s recommendations could not be clearer. Let’s hope Ministers are listening.”

To inform the interim report, HMICFRS reviewed evidence from previous inspections, consulted with experts from policing, government and victim support organisations, and analysed the progress made by the police.

Her Majesty’s Inspector of Constabulary Zoë Billingham said: “We are living during a national epidemic of violence against women and girls. The prevalence and range of offending and harm is stark and shocking. We are clear that the police have made great progress over the last decade against a backdrop of greater demand, and we want forces to maintain this momentum and build on these improvements. But there is still evidence of inconsistent support for victims and low prosecution rates.

“Offending against women and girls is deep-rooted and pervasive in our society. Urgent action is needed to uproot and address this and police cannot solve this alone. There must be a seamless approach to preventing and tackling violence against women and girls across the whole system, including education, local authorities, health, social care and those from across the criminal justice system – with all agencies working together.

“A radical and immediate change in approach is needed, supported by sustained funding and mandated responsibilities, potentially through a new statutory framework. We need to end violence against women and girls by preventing it, supporting victims, and bringing perpetrators to justice with the full force of police powers and the law.

“I am grateful to the Home Secretary for commissioning this inspection, and we will publish our final report in September.”