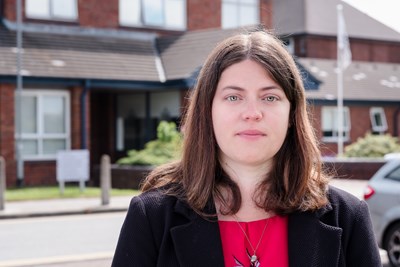 Merseyside's Police Commissioner has released a statement following an interview on racism in policing.

Emily Spurrell said: “If we are to truly tackle racism in our institutions, we must first acknowledge the scale of the issue.

“However we define it, racism and inequality permeate all our public institutions.

“We can see that from the outcomes for black and ethnic minority people in all walks of life, whether that’s disproportionality in stop searches, over-representation in our criminal justice system and prisons, or disparity in educational outcomes, employment opportunities and healthcare.

“Acknowledging structural racism absolutely doesn’t mean our individual police officers and staff are racist. It means recognising that our systems and processes were designed by a certain group of people in a different time when the make-up of society was different. It means recognising some of those structures are out-dated and that they don’t work for all our communities now.

“There’s no doubt it is an uncomfortable, difficult conversation. However, I believe that by recognising it in this way, by admitting there are still problems, our communities will have more faith that we are committed to tackling it and changing for the better.

“This is not to suggest we are still in the same place as when the Stephen Lawrence Inquiry report was released in 1999. A huge amount of progress has been made since that time.

“But we must continue to be actively anti-racist if we are to win trust back, particularly among black communities. That means being open and honest, owning the problem, and taking proactive steps to redress the balance.

“Merseyside Police, under the leadership of the Chief Constable, has already taken significant steps to tackle disproportionality.  That includes ensuring officers and staff are more representative of the communities they serve, creating a dedicated Diversity Equality Inclusion team, reducing the disproportionality of stop searches and allowing public scrutiny of stop and search from body worn camera footage.

“This is all positive work. We are taking good strides in the right direction and I welcome the Chief Constable’s commitment to go even further. I have scrutinised her on disproportionality at my public Scrutiny Meeting and she has been unequivocal in her commitment to continuing to embed the right culture across Merseyside Police.

“But we still live in an unequal society. Policing is embedded in that society. That means - like all walks of life and all institutions – we continue to battle issues of discrimination,  inequality and disparity.”