500 new police officers for the streets of Merseyside 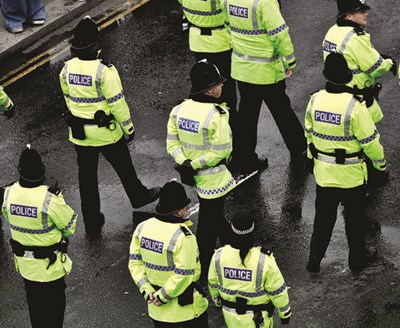 Merseyside Police will recruit 500 new officers over the next year after the Police Commissioner’s proposals to balance the budget were endorsed by the body which scrutinises her work today.

The Police and Crime Panel approved Jane Kennedy’s plans to balance Merseyside Police’s budget and cover the inflationary pressures facing the force. This approved police precept increase equates to £10 a year on a Band D property and brings Merseyside Police’s annual budget for 2020/21 to £359million.

The Commissioner presented her proposal for the police ‘precept’ – the part of council tax ring-fenced for local policing - at a meeting of the Panel at the Municipal Buildings in Huyton also attended by the Chief Constable Andy Cooke QPM. The Commissioner and Chief Constable told Panel members that with careful planning, they could use the additional funding raised from local council tax payers alongside the extra £23m in direct grant provided by central government, to accelerate the force’s recruitment drive with the aim of having up to 500 new officers in training by March 2021.

Jane said: “Merseyside Police are already recruiting. With this additional funding - provided by central government and the generosity of local people - and a lot of careful planning, I am confident Merseyside Police will be in a position to recruit the extra officers promised by the Prime Minister earlier than anticipated.

“The force intend to accelerate the recruitment process, with the aim of getting 500 new recruits through the door over the next financial year. Our goal is that by March 2021, Merseyside Police will have almost 4,000 officers, compared to the 3,500 officers we have now.

“This is fantastic news for Merseyside and I want to pass on my heartfelt thanks to local people who showed their overwhelming support for maximising the precept for their police service and to Panel members who also endorsed my proposals. It means the process of recovery for Merseyside Police can really get underway now.

“Training new officers takes 18 months, if we can start this process earlier than anticipated it means we will have officers out on the streets of Merseyside, protecting our communities quicker. We know that’s what local people want to see and the Chief Constable and I are trying very hard to make this ambition a reality.”

In January, the Government confirmed they would allocate Merseyside an extra £23m in direct grant to cover the costs of recruiting 200 new officers this year, including providing items such as uniforms, vehicles, and additional office space and infrastructure.

During a 10-day consultation with local people, 83% of respondents indicated their willingness to pay the additional money to protect their local police service. The public’s support enabled the Commissioner to take the proposal to the Police and Crime Panel in order to generate an extra £4.7m for Merseyside Police.

The increase would see anyone in a Band A category household, the lowest category but the one paid by the majority of households across Merseyside, paying an extra 13p a week or £6.67 a year. For a Band D property, it equates 19p a week or £10 a year.

Jane said: “In recent years, I have been reluctant to ask local people to pay more towards policing when I know the service they have received has been reduced.

“When I launched this consultation we were still working through the detail for the budget therefore I used the Government’s target figure of 200 new officers, rather than the aspiration we had for achieving 500 extra officers. I wanted to wait until I was sure that aspiration could be achieved.

I am delighted I can finally tell local people they will be getting 500 more officers for their money; officers who will work in every area of Merseyside to make our region even safer.

Now the Police and Crime Panel have signalled their endorsement of the Commissioner’s plans, she will ask the region’s local authorities to implement the increase, which will come into effect from 1st April 2020.