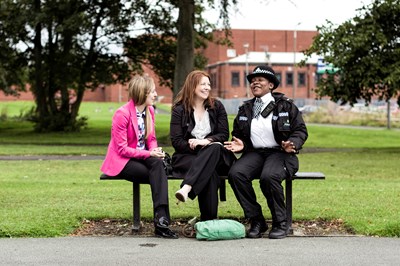 Projects which tackle knife crime, provide intensive support for vulnerable young people and protect them from grooming are among 14 grassroots initiatives which have been awarded funding from the region’s Police Commissioner to build safer, stronger communities.

The initiatives have been awarded a share of £135,000 from Jane Kennedy’s Crime Prevention Fund which gives community organisations a vital cash boost to help cut crime and protect neighbourhoods.

It is the fourth time the Commissioner has invited applications to the fund, which offers grants of between £5,000 and £25,000 to support community safety projects. The aim is to prevent problems from occurring by reducing the opportunities for crime, and by deterring people from becoming involved in anti-social and illegal behaviour. A total of 75 applications were received, with bidding requests totalling more than £1.2m.

The successful recipients include Employability Solutions, which has been awarded £12,000 to deliver a project called ‘Platform for Change’ and will work with Merseyside Police and other partners to deliver awareness sessions to young people on the dangers of knife crime.

Kirkdale Neighbourhood Co. Ltd will receive £12,000 to pilot an early intervention programme designed to provide intensive support to young people at risk of getting involved with crime, while the Gautby Road Play and Community Centre also received £10,000 to run intensive preventative intervention courses for young people aged 13-15 who are at risk of being offenders.

Talk the Talk Education CIC have also been awarded £6,000 to work with young people in some of the most deprived wards of Liverpool, while M.A.L.S (Mentor, Achieve, Learn & Support) Merseyside will run intensive one-on-one sessions with young people involved in crime and their families, aiming to change their behaviour and protect them from exploitation.

Jane said: “There was an overwhelming response to this invitation to bid for funding. The number and quality of the bids I received demonstrates the passion and dedication among community groups across Merseyside who wish to prevent crime and keep their areas safe.

“Unfortunately, I can only support a small number of these fantastic initiatives, but I believe the projects which have been awarded funding will be able to use these small grants to make a big difference.

“Many of these projects focus on supporting, advising and guiding young people away from making poor life choices to make sure they have a brighter future. Not only does this potentially save a young person from a life of crime, it can have a huge benefit for their family, make the community a nicer place to live and reduce the demand on the police and other public services.

“It is also important to recognise that many of these young people are being coerced, groomed or exploited into carrying out those activities on behalf of others and they need our support to take them away from danger and ensure they can enjoy their childhoods.

“As always, I’m looking forward to watching the progress and achievements of these projects over the next 12 months.”

Also among the successful organisations were the Royal Court Liverpool Trust who were awarded £20,000 to build on the success of hard-hitting drama Terriers, by running a new production called ‘Eve’s Story’, which has been created to engage with young people on a range of issues including knife crime and child sexual and criminal exploitation.

The Commissioner also awarded £12,000 to educational charity, Ariel Trust, to help develop a suite of drama-based anti-violence education resources, using script writing and interactive animation. This will enable the charity to run face-to-face sessions with vulnerable young people using drama, film and dance to increase their understand of issues including sexual exploitation and domestic abuse and give them the skills to keep themselves safe, and provide education programmes that can be used in schools.

The funding will also be used for projects designed to prevent the exploitation of people with a learning disability, provide extra security for victims of domestic abuse and provide one-to-one advocacy support for adults with a disability or vulnerability.

Organisations which applied for the funding needed to show how their project would work to tackle the objectives set out in the Commissioner’s Police and Crime Plan. Applications also needed to demonstrate how the initiative would reduce the number of people entering the criminal justice system, or lower reoffending. They were also assessed to see how well they would protect vulnerable communities.

“This fund is very popular and the decision making panel had some extremely difficult choices to make with so many valuable projects presented. We feel the projects supported will make a huge impact in communities and wish them every success.”