The strategy focusses on putting more money into frontline policing by selling old, out-dated and inefficient buildings and replacing them with more cost-effective, flexible and fit-for-purpose facilities.

By delivering this strategy, the PCC will save £2.5million every year on the cost of running the police estate – protecting 65 police officer posts each year.

The money for all the projects are completely separate from, and cannot be diverted to, the funding used to pay for Merseyside Police’s officers and staff. 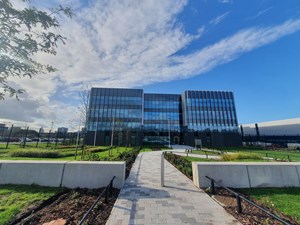 Merseyside Police's state-of-the-art new headquarters, Rose Hill, opened for business in October 2021 after being handed over on time and on budget. It was formally opened by HRH, the Earl of Wessex, in March 2022.
Continue reading 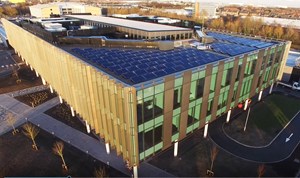 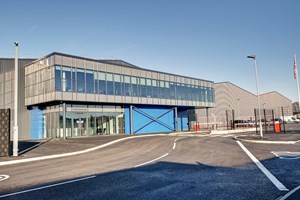 In February 2020, a £20m centralised new Vehicle Fleet Management Facility and Police Patrol Hub was opened on Edge Lane providing a purpose-built new base for 700 officers and staff.
Continue reading

An £8 million refurbishment of Mather Avenue, including the Mounted Section’s stable block, was completed in January 2020 with the aim of it becoming the force's primary training centre. It also provides a permanent location for the Commissioner's small team.
PCC’s office moves to permanent base in Mather Avenue 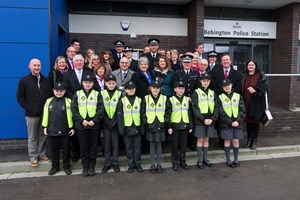 One of the first major projects to be completed, Bebington Police Station received a £2 million face-lift, including the creation a brand new and purpose built suite for interviewing vulnerable victims and witnesses.
Continue Reading

A key component of the PCC's 10-year plan for modernising Merseyside Police's estate was the creation of a network of Community Police Stations.

Community Police Stations are designed to be accessible, visible centres which are co-located with partners in busy neighbourhood hubs which are already well-used by the communities they serve.

To date, 11 new Community Police Stations have been opened. They are located in a diverse range of locations, including  within libraries, one stop shops, community centres, at Prescot Fire Station and even one on a railway station platform at Ainsdale.

The Community Police Stations enabled the disposal of older police stations that were no longer fit for purpose and in the wrong location.The capital receipts from these stations has been used to invest in the estate.

Find out about the opening of the following Community Police Stations using the links below:

A five-year rolling plan has been introduced with the aim of refurbishing the force’s custody suites.

Belle Vale and Copy Lane have already been completed.

A new gymnasium and classroom have recently been delivered at the force's training centre in Lea Green to enable the training of new recruits as a result of the Prime Minister’s recent increase in funding.

Any decisions made in relation to the Estate Strategy will be fully detailed in the Meetings and Decisions section of this website.

Why was this necessary?

In 2014, Merseyside Police’s estate consisted of 78 buildings, with an average age of 52 years and some dating as far back as 1890. Prior to the introduction of this strategy, the last police station built on Merseyside was on Stanley Road, Kirkdale, back in the seventies.

Many of the force's aging buildings were inefficient and expensive to maintain. At the time, they cost more than £12m each year to run, with the bills increasing year on year.

Watch why this changes were so important below: