Cutting crime and making our communities safer is a priority for us all.

Police and Crime Commissioners are required to produce a Police and Crime Plan setting out their policing and crime priorities for the region within 12 months of being elected.

Details of the existing Police and Crime Plan, which runs from 2017-2021, are available below:

The priorities set in the existing Police and Crime Plan are: 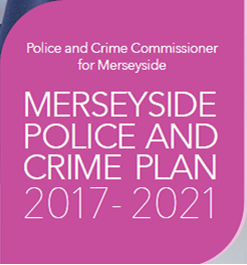 You can find out more about each priority, and see the most recent Police and Crime Panel reports on each of them below:

Preventing crime and working to tackle antisocial behaviour is a major priority for the people of Merseyside and it remains at the core of daily business for Merseyside Police.

The PCC is committed to supporting the force as it continues to focus on the prevention of crime, particularly violent crime, including domestic abuse and hate crime.

It is important to understand that the police cannot prevent crime and antisocial behaviour in isolation. It is only with the collaboration and the support of partner agencies that Merseyside Police will continue to reduce repeat victimisation, protect and support victims, and disrupt and prosecute offenders, especially repeat offenders.

Read the last report to the Police and Crime Panel on the work being done on her priority of preventing crime and ASB.

The Commissioner is committed to ensuring Merseyside Police continues to have a meaningful presence, both on our streets and in the digital world.

The people of Merseyside have said that they want policing to remain a local service, with dedicated teams who know their local community, and can work with local people and partners to promote respectful and cohesive areas to live and work.

She knows that a reassuring and accessible local police presence can help to create stronger, safer and more resilient communities that can stand up to crime and anti-social behaviour.

The Commissioner also supports this priority through her £130m investment plan to transform Merseyside Police's stations and facilities.

Read the latest report to the Police and Crime Panel on the work being done to provide a visible and accessible neighbourhood policing style.

Serious and organised crime affects real people in real communities and manifests itself in a number of ways, all of them serious and harmful to individuals and communities.

It is a complex and expensive problem, estimated to cost the UK in excess of £24 billion a year.

Together with partners, Merseyside Police adopts a combination of investigative, legislative and disruptive actions to ensure that Merseyside as a whole, as well as its individual communities, establishes itself as a hostile environment for organised criminal activity.

Read the latest report to the Police and Crime Panel on the work being done to tackle serious and organised crime.

Every person living and working in Merseyside has the right to feel safe and protected by the law, particularly within their home, their street and their local community. This right also extends to those who come to the region as visitors.

Keeping people safe is a core function of the police and the Commissioner is committed to ensuring that vulnerable communities and victims of crime receive the best possible service from Merseyside Police, and from the many services which support victims of crime.

Read the latest report to the Police and Crime Panel on the work being done to support victims, protect vulnerable people and maintain public safety.

Every death or serious injury on the roads of Merseyside is one too many.

Due to the PCC's increasing concern about the unacceptably high number of people being killed or seriously injured on our roads, in 2017 improving road safety was made a policing priority.

Since then, there has been a 10% year on year reduction in the number of people who have died or suffered life-changing injuries.

Read the latest report to the Police and Crime Panel on the work being done to improve road safety. 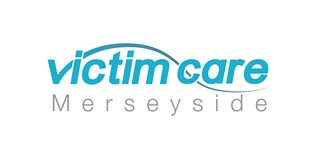 The Commissioner also works closely with Merseyside Police and criminal justice partners to fully understand the needs of victims and ensure the right services are being delivered at the right time to ensure those who may be at an incredibly vulnerable time in their lives are fully supported.